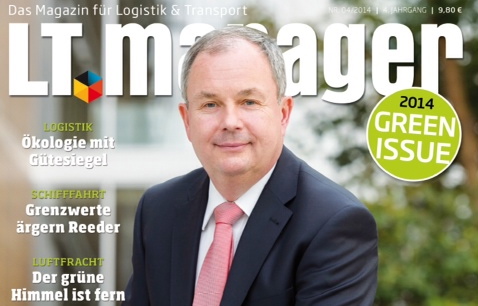 Joachim Buse, Vice President Aviation Biofuel at Deutsche Lufthansa AG and board member of aireg, has received the Manager Of The Year Award by LT manager, a trade journal. The jury notes: „It is his great personal competence, pursuasive power and persistance that sets Joachim Buse apart as an example of how to make transport more ecofriendly.” Since 2009 Joachim Buse and his team of four are working to establish a cost-neutral supply of sustainable biofuels. In the meantime Lufthansa Group has successfully conducted the world’s most comprehensive test flight program burnFAIR with more than 1100 flights between Hamburg and Frankfurt. Currently the Group, together with industry partners, is developing a business model that allows for an economically competitive production of biofuel in the required quantities. In addition to that, the company is providing its expertise in developing alternative fuels up to their marketability to numerous research projects.

Siegfried Knecht, aireg’s Chairman, complimented: „The fact that Joachim Buse was granted the Manager of The Year Award illustrates that his personal commitment and the commitment of Lufthansa Group are achieving a remarkable public recognition. I am certain that this will be a further stimulus for Joachim Buse to further pursue the leadership position of his company with regards to the market introduction of alternative aviation fuels.” In an interview with LT manager the awardee points out that as with other areas of renewable energy alternative aviation fuels require initial public support: “As starting point the German Federal Government’s mobility and fuels strategy seeks to procure 10.000 metric tonnes of alternative aviation fuel. This ought to be a nucleus for a continued production and needs to be implemented now.”

The award was established in 2011 by LT manager, a trade journal for logistics and transport. The previous winners are Klaus-Michael Kühne (Kühne + Nagel), Erich Staake (duisport) an Bernard Krone (Fahrzeugwerk Bernard Krone).